Starting from ace shuttlers Aparna Popat to Shaina Nehwal, India has produced some of the finest International badminton starts. They have brought glory and fame to Indian sports. The recent addition to the league is PV Sindhu (Pusarla Venkata Sindhu). She has now become the second women shuttler from India who has entered into world’s 5th ranking. On this glorious occasion,

The very first achievement was winning the Under 19 Youth Asia championship in 2012. She further continued her run of glory. She defeated the Olympic gold medalist, and reached Li Ning China Masters Super Series tournament semi finals.

Following year in 2013, Sindhu won the first Grand Prix Gold title, when she won the Malaysian open. Everyone applauded her performance and India was settled to get future Olympian medalist.

In 2013, PV Sindhu became the first for India, to win at the Badminton World Championships, women’s single category. People started talking that perhaps it was the best career moment for her. However, the best is yet to come.

2013 presumably turned into the time of PV Sindhu, as her winning run continues from malysia to Macau. Sindhu ended the year with a Grand Prix Gold title at the Macau Open. She was also awarded with Arjun Award by Indian President for her enchanting performances. 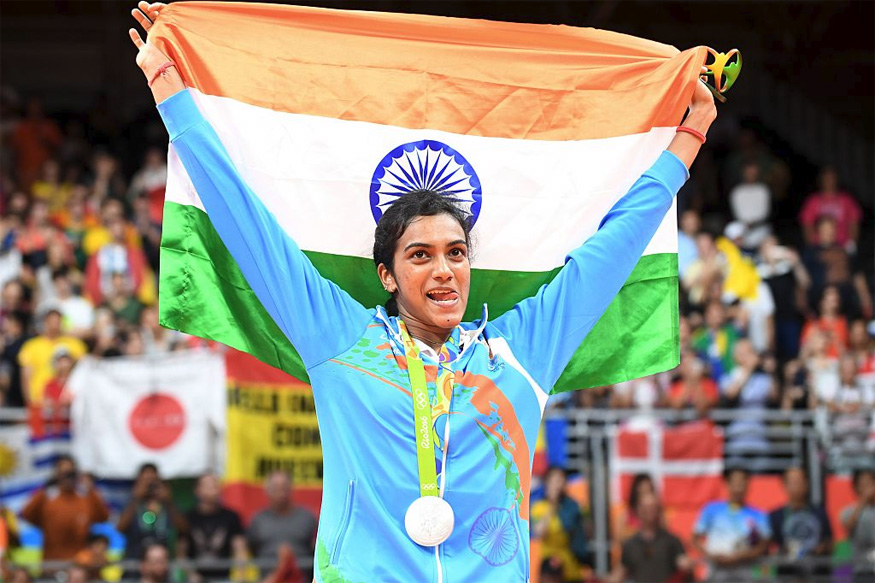 You May be Interested in: Dear Zindagi, what a 1000 note & demonetization may mean!

PV Sindhu became the first Indian shuttler to win back to back medals in the World Badminton Championship. She grabbed the medal in 2013 and 2014.

She won the bronze medal in the Glasgow Commonwealth games for India in the same year 2014.

Three top seeded players Tai Tzu-ying, Wang Yihan and Carolina Marin had to submit in front of her, when PV Sindhu decided to play Denmark Open. Her fantasy run proceeded when she vanquished Minatsu Mitani in Macau Open.She won the gold medal in two back to back years.

2016 turned into the time of magnificence for this youthful firearm of india with some extraordinary level of exhibitions in the global rivalries. Sindhu started the year with winning women’s singles in Malaysia Masters Grand Prix Gold. The fine display continued even at the Olympics, where she vanquished World No.2 Wang Yihan to reach the Gold medal match.

PV Sindhu missed the gold to Carolina Marin of Spain in a tight fight but she won the heart of the billion of Indians with the Tri color hoist in the Olympic arena.

Sindhu settled the scrore with Carolina marin at the BWF World Super Series Final by beating her in straight sets in 21-17, 21-13. A fine display of badminton in the Olympics made her one of the key hope for Indian in badminton.

Now by coming into the first five of the top shuttlers of the world, India can only expect more glory from this sporting virtuoso, as well as little shuttlers will get more inspiration to take the badminton as not an extracurricular activity or recreation but as a major career opportunity.