Navratri (Nine Holy Nights) is widely celebrated in all over India. The whole country remains in a festive mood during this period. However, people celebrate Durga Puja in Kolkata, Bengal and other parts of the country especially in the last 4 days of Navratri and on Dussera. When it comes to Kolkata Durga Puja, it is not captivated to a simple religious activity but takes the shape of a Carnival.

Durga Puja is a predominantly Hindu religious activity. But Durga Puja in Kolkata and other parts of Bengal is a symbol of religious brotherhood for a long. People from even different religious faith and community take part in this celebration. You can find a number of puja committees in Kolkata whose secretary or president is Muslim (e.g. Chetla Agrani Club), which set a great example of communal harmony. Therefore, the Durga Puja in Kolkata should be on the list of priority if you are visiting India during this period.

Following are 5 reasons not to miss Durga Puja in Kolkata

The first thing comes to mind related to Durga Puja in Kolkata is the big pandals. These pandals are decorated beautifully with different materials. The preparations start from two to three months back and the planning starts from nearly a year ago.

You can see different pandals in Kolkata made from Wood, Thermocol, POP (Plaster of Paris), different metals (even silver & gold also) and many more items. Different theme-based pandals are also a big attraction of the Durga Puja in Kolkata.

You can find everything from Eifel tower to Buckingham Palace, Pyramids to the Statue of Liberty in these pandals. One of the biggest attractions of this year will be the silver made chariot like pandal of Santosh Mitra Square in Shealdah.

When it comes to Durga Puja in Kolkata, you can witness a rare mingling of tradition with modernism. This mingling you can find in all the aspects of puja. You can see traditional Durga Idols, along with modern theme based Durga Idols.

In a similar way, you can find some people are in traditional attire of Dhuti Panjabi (Kurta), Saree. On the contrary, some in typical western attire. This is the same with the foods. Few prefer stick to Bengali foods during these four days, while you can see others to jump on Chinese and Mughlai cuisines. Few will only stick to Bhog that is Khichri in most of the places.

Therefore, if you really want to see the faces filled with joy and happiness, a place where tradition easily mingles with modernism then nothing can be better than to visit Kolkata during Durga Puja.

Looking For a weekend foreign trip: How to Travel Kuala Lumpur in 3 Days?

Fashion at every street Corner 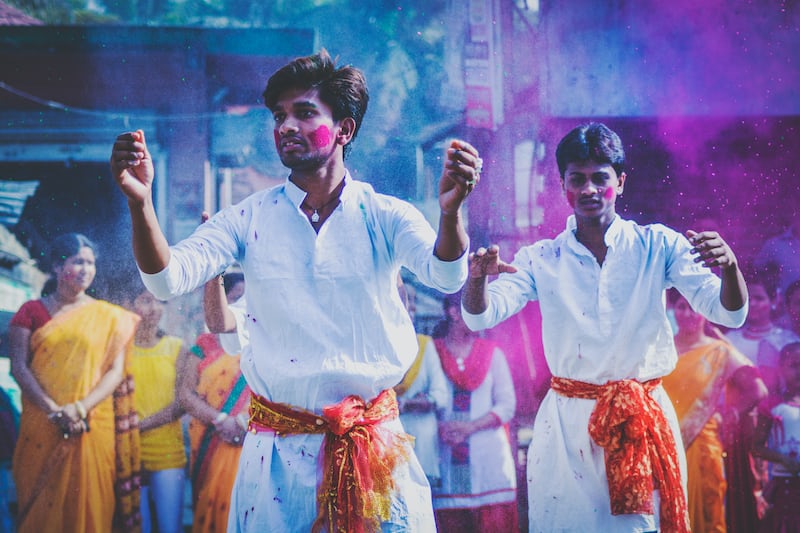 Kolkata is not on the fashion map of India. Indeed, it is very true. However, if you are travelling Kolkata during Puja, your whole concept can deceive you. People at every street corner, you will find, wearing new clothes and jewellery. Bengal is a hub of saree and you can explore different types of new sarees during this period. Even you can see men in both traditional and contemporary clothes roaming or gossiping at puja pandals.

When it is Durga Puja in Kolkata, a different fashion blast you can expect from the city people.

Kolkata does not sleep

Like other metro cities, you will not find an active nightlife in Kolkata in general. However, when it is Durga Puja in Kolkata, you will not find the city to sleep for at least 4 to 5 nights. Along with the increasing night hours, the footfall in the pandals also increases. This happens as people have offices in the morning and set out for the gala time in the evening. In addition, one cannot see the lighting in the daytime. So night is the perfect time to explore the city and its festive mood.

Do not worry about the convenience, transport, food and security. You will get plenty of them during these 4 or 5 days. Even this year Kolkata Metro took the decision to run the service throughout the night for all the four days of festival.

Durga Puja in Kolkata is no less than any famous carnival of the world. Carnival is generally termed as the festive season, where you can see public celebrations. It includes parades, street parties, other entertainments and combining some elements of a circus. You can feel these all during the Durga Puja in Kolkata.

You can see the people are enjoying on the street, smiling all around. One of the biggest spirits that you can feel that is of togetherness. People who live in other cities also tries to comeback to the Kolkata during this festive season just to be together with family and friends. The joy of eating Bhog (the offering to Goddes) together cannot be compared even with taking a lunch in any 5-star hotel. So, you can witness a high-spirited crowd all around you during your visit to Kolkata during Durga Puja.

Kolkata police also stay on high alert during this time to ensure your full safety and enjoyment. The latest addition is the procession organised by Government of West Bengal on the Red Road with the best puja of the city. It adds more spirit to this gigantic festive venture.

Finally, to conclude I can only say that Durga Puja in Kolkata is completely different from any other carnival or festival of the world. It has entirely different characteristics from other festivals. The spirit of being together persists more than anything else does. So, what are you waiting for? This Puja pack your bags for Kolkata.